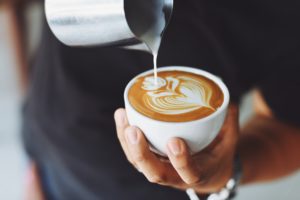 Good morning Readers! Having coffee? Well, this is just not an option to freshen up yourself. But, you will be stunned knowing that Coffee Drinkers Live Longer and Have Lower Risk of  Disease. “How and Why” are the targeted issues that you will get to know over here. Studies have made sure that coffee does prevent a person from getting certain widely known diseases. In this content, you will be delegated to the cause and effect of drinking coffee.

It just not lowers the risk of getting some strokes but also prevents diabetes, cancer and keeps your heart healthy. Many studies have taken place where it has been proved that the life longevity is much higher in regular coffee drinkers. So, before switching and jumping to the conclusion to add coffee to your daily routine, my suggestion to you will be to go through the brief but compact study made here. As the reasons highlighted will give you enough gratification thus the choice will be much more beneficial.

How Does Coffee Make You Live Longer: The Studies Made

You will be stunned knowing the correlation between drinking coffee and the higher rate of life expectancy. Various studies have been made on this concern and it has been proved that Coffee Drinkers Live Longer. One of the efficient studies made in 10 European countries involved 520,000 people. The result declared the excellence between drinking coffee to decrease the rate of early deaths.

The result researched out has proved to be very noble. Despite following different lifestyles, food habits, climatic conditions and etc, the study here too proved that people in taking coffee regularly are having a higher chance to enjoy a longer life. Studies definitely prove the positivity of in taking coffee. But, the section below will give you a prolific idea regarding the benefits of drinking coffee.

How Does Coffee Make You Live Longer: Positive Effects of Coffee 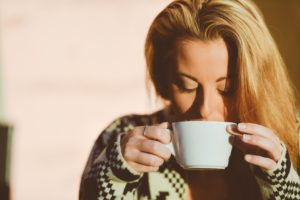 Coffee contains antioxidants, type of Vitamin named Riboflavin and Pantothenic Acid, Magnesium, Potassium and many such vital nutrients. These help the people to get rid of the different type of health issues. Coffee Drinkers Live Longer is just not a spell but true too. Below you will get some bulleted brief to get convinced that coffee does provide health benefits.

Diabetes is a widespread problem in today’s world. The unorganized lifestyle is definitely the other reason apart from being the issue a genetic one. But, coffee offers a helping hand to control or restrict getting the Type II Diabetes.

According to the researchers, the plasma levels of the SHBG increases when you drink coffee regularly. Sex Hormone Binding Globulin basically controls the secretion of sex hormones testosterone and estrogen. This in a way gears the up and down of Type II Diabetes.

Coffee contains a natural substance named Caffeine. This has proved to be the best in burning fat from the body. Not only that, regular intake of coffee boosts up the body. Thus, this increases the physical metabolism and stamina in addition.

Also, if you want to make your conjugal life biologically happy then coffee definitely must be included in the regular diet plan. Caffeine is a stimulator that refreshes our mind. It boosts up the neurotransmitters and thus the neurons perform really well.

The caffeine of the coffee is the prime reason to restrict the chance of getting Dementia and Alzheimer’s. You must be knowing that these diseases affect the memories of a person. Thus, generally affecting people of old age.

But, the caffeine proves to be the excellent stimulator that proves to control the issue by 65%. So, if you really do not want to suffer from such an issue then start eating healthy with mind refreshing exercises and two cups of coffee each day.

Coffee is extremely friendly with the liver. Thus, it excellently protects you from the third deadliest form of cancer, the Liver Cancer. The health of liver is absolutely safe if you intake coffee on a regular basis.

Not only the Liver Cancer being the sole defender but also Colorectal Cancer. The later being the fourth major cancer that people suffer worldwide. Three cups of coffee per day reduces the risk of getting cancer by more than 50%.

By now you must have got enough reasons on the concerned topic Coffee Drinkers Live Longer and Have Lower Risk of Disease. There are much more benefits that coffee provides. Therefore, if you wish to maintain a healthy, risk-free life then coffee definitely must be added to your diet plan. Relish the cup of perfectly blended coffee held decisively.

How The Taste Of Food Can Be Improved When Cooked In Brass Utensils?