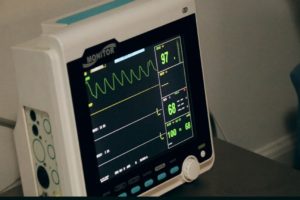 A stroke is an emergency condition that occurs when the blood supply to the brain is interrupted, depriving the brain cells of oxygen and nutrients. As a result, the brain cells begin to die within minutes of a stroke.

According to the American Heart Association, Heart Disease and Stroke Statistics, 2015 Update, stroke is a major public health concern in the US and worldwide. An estimated 6.8 million people (aged 20 or more) in the US have had a first stroke reveals the report. On average, 795,000 people experience a stroke each year, and 130,000 die from a stroke, making it the fifth-leading cause of death overall.

Cause of Strokes in Patients

It has been reported that about 87% of all the strokes are ischemic and the remaining are hemorrhages. Ischemic strokes occur when the arteries supplying blood to the brain are blocked, reducing the blood flow. There are many causes that lead to ischemic strokes, the two most common ones being large-artery arteriosclerosis and cryptogenic strokes or strokes of unknown origin.

Currently, due to limited guidelines to diagnose and treat cryptogenic strokes, antiplatelet medication remains the most popular treatment supplemented by a healthy lifestyle and diet. However, Determining the cause of a cryptogenic stroke is crucial to determine the course of treatment. It is known that irregular heartbeat puts a patient at 5 times greater risk for stroke. Thus, for diagnosing cases of cryptogenic strokes, Afib may be detected by monitoring the heart’s rhythm over a period of time.

For this purpose, the Holter monitor has been widely used as a monitoring device to gather and store data over time. However, traditional Holter ECG monitoring has several shortcomings and a recent study confirmed that “extended continuous cardiac monitoring is more efficient than Holter monitoring for cryptogenic stroke patients.”

The study, “Randomized Clinical Trial of Early Prolonged Ambulatory Cardiac Monitoring After Stroke (EPACS),” carried out by iRhythm Technologies, Inc. reports the results of 116 subjects who experienced a cryptogenic stroke or TIA. Within three days of the index event, patients underwent ECG monitoring to detect paroxysmal atrial fibrillation (PAF). On a random basis, half the patients were asked to wear a Zio monitor for up to 14 days and the remaining patients (the control group) wore a traditional Holter monitor for 24 hours. The results were quite astonishing – PAF was detected in 16.3% patients using a Zio monitor compared to only 2.1% of patients using a Holter monitor.

“We know with PAF, detection is key to preventing subsequent cryptogenic stroke or transient ischemic attacks. However, since PAF is temporary, many events fall outside the 24-hour monitoring period of Holters,” said the chief investigator, Dr. James T.H. Teo, Consultant Neurologist, Kings College Hospital, London. “Extended continuous cardiac monitoring is a superior solution after initial stroke or TIA as Zio by iRhythm extends the monitoring window to up to 14 days, detecting PAF events that may have otherwise gone unnoticed and allowing us to more promptly treat and protect these vulnerable patients.”

Strokes are the leading cause of morbidity across the world. However, with a large percentage of strokes being cryptogenic, the diagnosis and treatment become a challenge for medical practitioners. It is known that Afib is a major cause of strokes and continuous monitoring of the heart rhythm could be the solution to detecting and preventing secondary strokes. With nonstop advancement in technology, new monitors have been created such as the Zio monitor that has shown better ability to detect Afib in patients as compared to the traditional Holter monitor, enabling better care for patients who have suffered a cryptogenic stroke.

What Is The Importance Of Wearing Aprons In The Hospitality Industry?

Guide To Choose An Optometrist