Over the years cannabis has gained enormous popularity- owing it all to its proven health benefits. Although still considered to be an illegal drug by the federal government, the number of patients using medicinal marijuana and the doctors prescribing the drug is increasing rapidly with time.

According to United Nations’ World Drug Report 2017 edition, a whopping 182 million people around the world consume cannabis, making it the most widely used drug in the whole world. 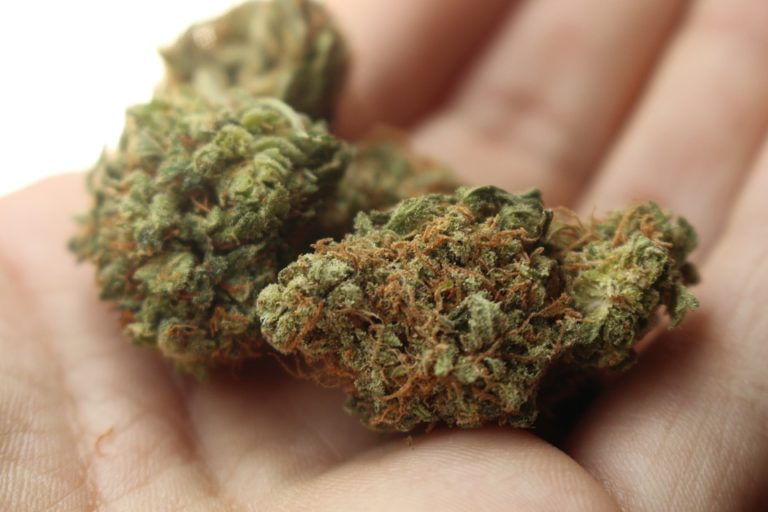 The spending on legal cannabis globally is expected to reach $57 billion in a decade from now, says ArcView Market Research and BDS Analytics. According to them, the recreational cannabis market will occupy the 67% of the spending while the medicinal marijuana will take the remaining 33%. This further proves that marijuana industry is indeed the fastest growing industry.

Marijuana is widely prescribed along with other drugs for pain management and treatment of various diseases and symptoms or as an alternative treatment. The cannabinoids are responsible for the health benefits of marijuana.

Interestingly the marijuana seeds, leaves, and flowers are all consumable and have different potency and effects. They can be consumed in multiple ways- can be smoked, vaped or consumed orally.

Even the Florida marijuana doctors believe that while smoking causes harm to the lungs and the respiratory system, vaping and ingesting cannabis are the healthier options. Whereas, CBD oil is used as a topical in pain relieving creams.

With the growing number of cannabis consumers, cannabis experts are getting innovative and finding ways to create fancy cannabis edibles.

These edibles mostly come in a single dose or the doses are clearly stated on the packaging, making them safe and convenient to consume. The user, therefore, knows the exact amount that should be consumed to have the desired effect.

Here are some creative food options that would surely rock your world:

Read on to find out the various cannabis-infused snacks available at several licensed pharmacies:

Rice Krispies: Ever imagined how high the humble rice Krispies can take you? Well, these cannabis-infused rice Krispies came into existence to make you feel good and give the benefits of marijuana. They make a good snack and take you to a higher level.

Chips: Almost everyone’s favorite snacks chips, are now also available in infused with cannabis. Mostly all the classic chip varieties are available with a dash of cannabis.

Pizza: Next on the list is Pizza. This is the most interesting cannabis-infused snack available out there. You can even go for a pizza sprinkled with marijuana seeds. There’s nothing like a pizza taking you to another level.

Ever wondered why the cannabis-infused desserts are more popular and effective?

Well, because the THC and other cannabinoids are better absorbed into our bloodstream when they are added with butter, sugar and other lipids, thus making it more effective and giving a better high.

Keeping this in mind the experts have come up with many interesting cannabis-infused desserts that not just make you high but also to give you its magical benefits.

Macarons: Madame munchie came up with macarons with several flavors such as pistachio, chocolate banana, hazelnut mocha, citrus almond etc. You can safely consume more than one macaron at a time as it has a slightly lower content of THC than most of the edibles available.

Chocolate covered pretzels: Pretzels covered with marijuana-infused chocolate, is one of the best desserts to enjoy.

Creme brulee: Cannabis infused food cannot get any fancier. Having a cannabis-infused creme brulee as a dessert is unmatchable. What more can you ask for?

Chocolate Hazelnut spread: Otherwise popularly called Nutella but when infused with cannabis known appropriately as Nugtella or Chrontella. Yes, some companies actually answered your prayers and came up with the yummy chocolate hazelnut spread containing up to 300 mg of cannabis.

Fruit punch: Beat the heat with this exciting drink. Go for cannabis-infused fruit punch available in many different flavors.

Beer: There’s nothing like a beer that does not get you intoxicated but gives you the best of cannabinoids. Many breweries are coming up and crafting cannabis-infused beers.

C-cups: Kick- start your mornings with these C-cups. They come as teas and coffees. Jane’s brew is one such place where you can pick up your morning cannabis-cups.

You can safely binge on these foods at times as fortunately until now there are no recorded deaths from an overdose of marijuana alone.

According to Judge Francis Young “A smoker would theoretically have to consume nearly 1,500 pounds of marijuana within about fifteen minutes to induce a lethal response,”  Which you see doesn’t seem practically possible.

However, it’s advisable to consume these foods within a prescribed dose only.