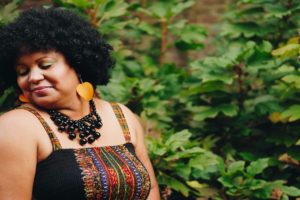 Being skinny and being chubby- both have some different level of taboo in our so-called society. If you are more weighty then also people look up at you with an antithetic eye and if you weigh less also, people question your food habits. But there are certain things that are in the positive stride of a leaner person- be it a boy or a girl! Whereas, being a bit healthier is a matter of concern for anybody. There are a few things only fat girls understand, which obviously normal shaped people won’t realize.

Inevitable Pros and Cons of being a Fat Girl

The best part about being fat is that you can still be a foodie if you want, as people will not judge your food habits according to your size. Either way, they assume that you eat a lot, which is not always the case for being overweight.

The urge to loss weight ultimately leads to some major fitness goals that are achieved by many weighty people. This becomes an inspiration to those who are plus size and wants to bring back the lean material within themselves.

Researchers suggest that fat girls are more free in their behavioral nature and enjoy a good laugh more frequently. So, people feel a lot more comfortable around them.

Well, the bitter truth is that rather than the advantages there are more disadvantages in being a fat girl.

Firstly it’s all about the dressing of an individual- the over-sized people never get the fitted size of a dress they like at one go. They either have to make it by order or let go of their favorite textiles. And, this implies in online shopping too.

They lack the confidence of wearing certain types of clothes due to the inferiority complex they possess of being judged by other people for being fat. Like shorts and skirts seem a complete no-no for them.

There are a lot more health complications that grow in a fat woman as compared to someone who is leaner. Increase in blood pressure, diabetes, osteoarthritis, heart diseases, spleen enlargement, complicated pregnancy, sleep apnea and many more diseases take place in the body of an overweight person much easier.

How to Lose Weight Fast Without Exercise or Diet

One can’t deny the fact that girls want to look younger and appealing in front of guys they like. But a majority of the people of the opposite gender prefers zero-sized figure when looking for a partner. That leads to rejection of many plump girls which ultimately brings depression in their lives. They start feeling unwanted and that causes them agony.

Last but not the least, the ‘taunts and jibes’ that curvy girls go through, even at an early age, leaves a negative impact on them while they grow up. People make lame jokes about them and they become the horrifying targets of bullying. This is considered to be the worst part of being a fat girl.

Today, where a majority of the girls are unhappy with the shape of their body, the curvy girls definitely need a big shout-out for their endurance in keeping up with their shape and also facing the daily struggles of the few things only fat girls understand. Not being in ‘good shape’, as is referred by our society, is not at all a curse to the physically over-healthy people. Its high time we understand this and start accepting the fact that fat people are humans too.

Exercise To Get Rid of Belly Fat Post Pregnancy